It has been a busy couple of weeks, this early April. First I was in Kabelvåg, Lofoten, to hold a course on Expanded Cinema and Video Installation at Nordlands Kunst og Filmskole, then in Trondheim for Pink Shoelaces, an exhibition in public space that I co-curated with David Breida, and that was produced by the group PUNKTET Visningsrom. 15 artists (students & graduates) from Trondheim Academy of Fine Art took part in the exhibition, which also featured lectures and guided tours. The project took place in the area of Trondheim known as Skansen, a public space skirted by the railway and harbour, with a new pedestrian walkway along the edge of the fjord. 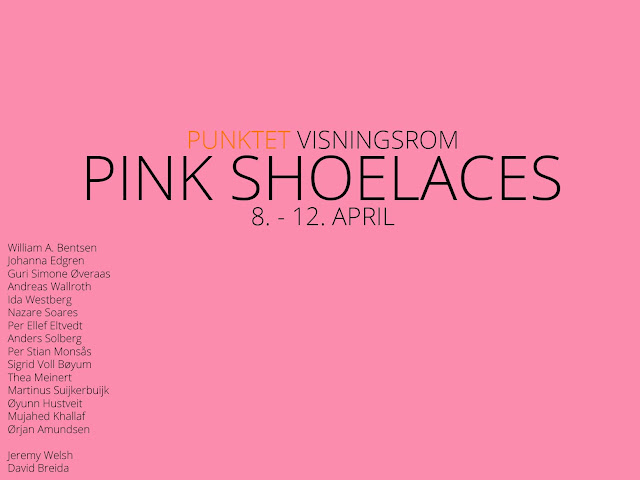 JW
Bergen, Norway
Artist and professor of Fine Art at NTNU, The Norwegian University of Science and Technology, Faculty of Architecture and Fine Art.